The 2015 Catalan election is a plebiscite

...And in the end the Catalan election is indeed (nearly) a de facto plebiscite 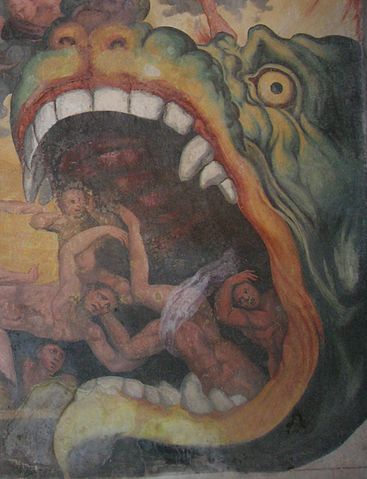 Pro-union parties had insisted that the Sep 27 Catalan election could not be understood as the binding vote on independence that the Spanish government had not allowed to take place. But as the campaign went on, it has increasingly been clear that all actors involved really behave as the election was indeed a de facto plebiscite on secession. David Forniès* tells us why the vote can understood as such

Because for the first time an explicit, immediately acting "yes" vote could win

It is perhaps an obvious argument, but nevertheless worth mentioning: never before had two election lists included an explicit commitment to realize independence within the next term in their election manifestos, and never before they had such a big chance to win a combined absolute majority (91%, according to this Público tracking). Never before, therefore, the people of Catalonia had enjoyed the possibility to give a democratic mandate for independence that pro-indy parties believe to be binding.

Because independence has monopolized the campaign

Neither corruption nor social services have been the campaign's main battlegrounds. On the contrary, the independence debate has monopolized almost everything, and even left-right issues have been subordinated to possibilities opened or closed by secession, including pensions, education, health ... Any observer living in Catalonia these days can realize this, whether he or she is listening to campaign TV debates or to pub talks.

It was often an ill-assorted couple, but its unity seemed to be indestructible ... until the plebiscite election came in. 37-year-old major Catalan political alliance CiU has been dissolved, the "C" (Democratic Convergence) going for independence and the "U" (Democratic Union) choosing Spanish unity instead. Subsequently, Democratic Union has too split into two halves, 51% of their members supporting Spain's unity and 49% moving to pro-independence stances and, finally, leaving the party and establishing a new one (Democrats). Splinters have also hit Catalonia's traditionally second-strongest party, PSC, its unionist members and leaders remaining in the party and its pro-independence and sovereignist members and leaders leaving to form their own new parties (MÉS and Avancem) or joining ERC.

While they insisted for weeks that the upcoming Catalan election was a normal, regional one, over the campaign it has been increasingly clear that pro-union parties sought to form a new government with the explicit goal of preventing Catalonia from reaching independence -and they have overtly said it. Democratic Union proposed a coalition government of non-pro-indy parties, PSC said it wants a government of pro-autonomy, pro-federalism, left and centre parties, while Citizens Party and PP announced they would be seeking to lead a government that also includes PSC.

Rather than placing itself on the yes-no debate, left-leaning alliance Catalonia Yes We Can (CSQEP, gathering both pro-independence and pro-federation sectors) has tried to turn the election into a plebiscite on Catalan President Artur Mas's austerity policies. It has not succeeded, as one of the most prominent members of the parties making up CSQEP (ICV leader Joan Herrera) finally admitted how difficult it was for the alliance to overcome the yes-no polarization. Surveys also show how CSQEP's predicted vote is suffering from a sustained decline: in June the alliance was heading for 30 seats in the 135-seat Catalan Parliament, but in September it was only predicted to capture 15 to 17.

Because of Spanish Minister of Foreign Affairs' unusual help

José Manuel García-Margallo accepted to involve himself into a TV debate on the consequences of secession with pro-independence ERC leader Oriol Junqueras. Margallo's mere acceptance to discuss the issue was already a victory for the pro-indy camp: how come should the Spanish foreign minister get into a regional election debate? Why should he raise examples such as former colonies, EU reports or the USSR breakup? Margallo has helped to place the Catalan dossier at the international level. And he has not been the only one to do so.

Because the Spanish government has internationalized the campaign

Spanish President Mariano Rajoy has obtained from David Cameron, Barack Obama and Angela Merkel several brief remarks in favour of Spain's territorial integrity. Their speeches commit them to virtually nothing, but Rajoy's government has welcomed them as confirmation that major western powers are against the independence of Catalonia.

Because well-regarded foreign newspapers admit the election is extraordinary

This is the case for the Financial Times, which devoted an op-ed asking Catalans and Spaniards to seek a third way between independence and statu quo. The Telegraph described the Catalan dossier as "Europe's next headache," assuming it will have a continent-wide impact. The EU Observer, in short, referred to the vote as a "de facto referendum." Moreover, a long list of European broadcasters and newspapers have interviewed Catalan President Artur Mas precisely because of the election: such a broad interest shows how little this vote is about merely regional or domestic issues.

... And finally, because even Marca and As came into the campaign

Someone might think how stupid it is to mention those two sports newspapers, but then it should not be forgotten that they are the two most widely read newspapers in Spain. In an unusual decision for them, both Madrid-headquartered dailies have devoted front pages to the Catalan election. According to them, Barça and Espanyol fans should be warned of dire consequences of independence for their clubs -and indirectly for other La Liga teams. Never before regional elections had jumped into the pages of sports newspapers in this way. Spanish sports dailies had always felt more comfortable fostering what Michael Billig calls "banal nationalism" than analyzing pros and cons of political processes.