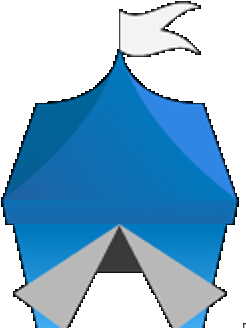 Who Is Building the Private, Peer-to-Peer Marketplace? An Interview with Sam Patterson

Sam Patterson (sam@samuelrpatterson.com) is an author and technology enthusiast from Virginia. He has written about decentralized technologies such as bitcoin and OpenBazaar. Sam recently cofounded a company called OB1 to help build the decentralized marketplace OpenBazaar.

The Freeman: Your project, OpenBazaar, has been awarded $1 million in seed funding so far. Congratulations. What is it, and what does it do?

Patterson: OpenBazaar is an open source project to create a decentralized marketplace online where anyone in the world can buy or sell any goods or services with anyone else in the world, for free, using bitcoin. A few of the core project members (including myself) recently started a company called OB1, which received the funding in order to hire full-time developers and make OpenBazaar a reality.

Online commerce today is mostly centralized; companies own websites where users visit to buy and sell things. Those companies charge fees, monitor their users’ data, and censor their transactions based on their own rules and on behalf of the government.

OpenBazaar is different. Instead of relying on a centralized third party, trades occur directly between buyers and sellers. Users install peer-to-peer software on their computers, similar to bitcoin or BitTorrent, and this connects them to other users running the same software. They transact in bitcoin. Since there’s no middleman, there are no fees, no collection of data, and no censorship of trade.

The Freeman: Some people will object to OpenBazaar by saying it’s not transparent — that it will help criminals thrive. How do you answer such charges?

Patterson: Some have inaccurately labeled us as an evolved Silk Road — an underground drug marketplace. This is absolutely false, for many reasons. The Silk Road was centralized and run by a small group for profit. It catered to a specific group of people who traded in illicit goods.

In contrast, OpenBazaar is a decentralized marketplace, not run for profit. It doesn’t cater to any group, or any type of trade, but is open for all users to buy and sell anything they want with each other. It’s a much bigger vision than these narrow dark markets.

We don’t know exactly how people will use OpenBazaar to better their lives, but we believe that it will, and we can’t wait to see it happen.

We expect that use of OpenBazaar will reflect markets in society. There will be some users who engage in activity that is morally or legally objectionable, but the vast majority of users will be engaging in positive and constructive trade. We don’t know exactly how people will use OpenBazaar to better their lives, but we believe that it will, and we can’t wait to see it happen.

The Freeman: What are the implications of this kind of technology for the world’s poorest people?

Patterson: Most of the existing centralized market platforms that I mentioned earlier don’t focus on the developing world, or even if they do, the payment methods used aren’t accessible for many of the world’s poor. Bitcoin requires no credit checks to use; an Internet connection and computer are all that’s needed. OpenBazaar is the same as bitcoin in this sense. It costs nothing to join and use, and the trade is direct between buyers and sellers; there are no middlemen to take a cut. We hope that by lowering the barriers to entry for online trade, OpenBazaar and bitcoin will bring millions of new users into the online economy.

The Freeman: What are the implications of this kind of technology for most of our readers — that is, wealthier Westerners?

Patterson: Establishing a protocol, client, and network for people to directly engage in trade with each other allows for more efficient transactions. Sellers on eBay who use PayPal regularly pay up to 10 percent fees on each sale. Those are 0 percent on OpenBazaar.

OpenBazaar is also more private. Instead of the centralized platforms getting all the information about your buying or selling habits, now that information is only available to the parties you directly engage with.

Also, if some of your readers are already bitcoin users, OpenBazaar is the first decentralized platform for them to spend their decentralized money. Many value decentralized technology simply because it takes power away from the gatekeepers in our world.

The Freeman: How do you market OpenBazaar? How do you build culture around it?

Patterson: We haven’t needed to market OpenBazaar so far. The bitcoin community is very excited to see it built. Once we look to go beyond bitcoin users and into the broader e-commerce space, then we’ll need to consider how to market ourselves. Likely, it will be around the lack of fees, which is compelling to retailers who have small margins.

Our culture is one that supports free trade and voluntary interactions in society. The ability to engage in trade directly with someone in person is a great thing, and it’s a shame that hasn’t been possible online — until now.

The Freeman: How flexible, robust, and “anti-fragile” is this system — especially with respect to predatory states who will likely try to foil its development?

Patterson: OpenBazaar is very robust, similar in design to bitcoin or BitTorrent. Because it’s run locally on users’ computers, there’s no central point of failure to attack. We don’t anticipate that OpenBazaar will face opposition from governments any more than other online platforms have; they have the same tools at their disposal to go after individual storeowners. But they cannot take down the whole system at once, unlike the existing platforms.

The Freeman: When will OpenBazaar be ready to use?

Patterson: We plan on publishing the first full release in November this year. The code is open source so developers can view it any time at our Github.

The Freeman: Thank you for speaking with us, Sam.