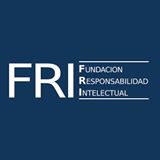 It’s a task of epic proportions: correcting the course of a languishing country that was once one of the seven world powers during the early 20th century.

The history of Argentina is a chronicle of the rise and fall of classical liberalism, beginning with Juan Bautista Alberdi, author of the 1853 Constitution. While recovering this lost legacy may seem like an impossible mission, Eduardo Marty, head of the recently launched Foundation for Intellectual Responsibility (FRI), believes otherwise.

The 63-year-old, however, says it will demand more than simply attending a conference or polishing up your oratory skills. It will take “intellectual responsibility.”

“It’s the idea that each individual must dedicate time to developing his own code of values, his own morality, both on a personal and social level,” he says.

“What we want to emphasize is that one should reflect and think about which values and goals one plans to achieve during one’s lifetime. And, at the same time, think about how the society you were born into should function.”

FRI’s methods are a return to a more holistic approach to disseminating classical liberal ideas. Like Adam Smith’s Theory of the Moral Sentiments and Ayn Rand’s Virtue of Selfishness, liberal authors of the past addressed a wide range of disciplines beyond economics, including ethics and morality. It’s no coincidence that Marty is one of the principal proponents of Randian objectivism in Argentina.

The key to achieving self-growth and a free society, Marty says, is “effort.”

“It’s not easy to obtain personal development or develop a community; it takes effort,” he argues. “You need to focus on these issues, putting time and energy into understanding how to achieve this. If you don’t do that, you will fail to reach your goals.”

As for migration, Marty believes it is a measure of last resort. “We must face our problems wherever we are, and find a way to solve them.”

“There are no vehicles for people to channel their desire to participate” in culture and politics, he says. He argues that democracy leaves little room for individual engagement, since citizens “are only given the chance to participate once every few years.” Eduardo Marty

Eduardo Marty: “What we want to emphasize is that one should reflect and think about which values and goals one plans to achieve during one’s lifetime.” (FRI)

In Argentina, if you want to play soccer, there’s always a nearby field. But when it comes to politics, culture, and ethics, “there are no mechanisms in place for citizens to participate,” Marty insists.

While self-improvement is a cornerstone of the FRI, Marty says gaining knowledge is not enough. “One you’ve learned something new, you might ask yourself, ‘what do I do with this?'”

The FRI offers an alternative to the traditional think tanks in Buenos Aires. Unlike typical public-policy institutes that normally request funds from their donors, and then ask their staff to do the rest, FRI is demanding more. Every member has “the obligation to produce intellectual material,” Marty says.

“The methods are simple: writing articles, producing videos, and eventually, organizing large fairs or events for a massive audience.” While not an exhaustive list, Marty says that in the age of social media, “the public will help you find the right way to provoke cultural change.”

“We are going to explore this. We want 1,000 members, and each one of them aiming to produce one [monthly] project. That’s 12,000 projects per year to disseminate the ideas of liberty, or to improve self-esteem and individual productivity.”

“This will exponentially multiply the number of people involved in the cultural battle,” he says.

Marty has several of his own goals in mind. He says the FRI will begin by translating the “Anglo-American library” of books that are “unavailable in the Argentinean education system and not easy to get it,” likely referring to the works of Canadian-American philosophers Stephen Hicks and Leonard Peikoff, or economists Ludwig von Mises and Murray Rothbard.

The second step involves interaction with the literature. “We thought of a method to encourage active participation that includes reading and discussing” through the Socratic method, he says. “Once you incorporate that knowledge, the goal is to facilitate participation methods to our members that then reach public opinion.” A Personal Path

But self-awareness has to do with more than just book knowledge. “A person who is not confident in his decision-making process does not feel productive, and is less likely to be concerned about the political-legal framework. Furthermore, he feels powerless to change anything.” This is how Marty describes one of the fundamental pillars of his initiative.

“If you are living off handouts, your self-esteem declines. You stop protecting yourself, and feel like your life has no value. You go into a downward spiral,” he says.

“This means taking risks, to persist, and make things happen,” Marty warns. “Freedom is not free; it requires a little money and a little time.”

After 25 years leading the local branch of Junior Achievement, an NGO that focuses on teaching finance and business to kids and teens, Marty takes a similar approach with his new initiative. Regional Expansion

Last July, FRI organized a two-day conference for its launch at a hotel in Buenos Aires. The next event is set for September, in Miami, and Marty expects at least 60 participants at the conference.

His plan is to begin in Buenos Aires and then expand the FRI, as he has done with Junior Achievement, to other countries in Latin America. Marty says he has already received requests from people in Mexico and Sao Paulo, Brazil, seeking to work together.

“I believe there is an enormous cultural demand for satisfactory ideas that will answer the big questions of our time.”

'It is the job of thinking people, not to be on the side of the executioners ~ Albert Camus